Reflecting on Gender Inequalities and Education

This blog post is published by Transform Education as part of our 16 Days of Activism Campaign.

“Gender-based violence (GBV) refers to harmful acts directed at an individual or a group of individuals based on their (perceived) gender. It is rooted in gender inequality, the abuse of power, and harmful norms” (UNHCR, 2021). It’s evident here that gender norms and stereotypes have a genuine role to play in creating prejudice and discrimination that continues to perpetuate GBV. But it’s also critical in addressing the issue that we understand how they also shape the perception of gender-based violence, particularly concerning who experiences it and how. Typically, discussions around the umbrella term tend to be overdetermined by intimate partner violence (IPV) and violence against women (VAW) which leaves little room for an understanding of it outside of heterosexual relationships. Haynes and DeShong (2017) demonstrated this by reviewing 108 newspaper stories published across the Caribbean and have provided a compelling perspective of the media and its role in excluding queer and trans folks from discussions and subsequently perceptions of this type of violence. This runs the risk of invisiblising variations in experiences of violence, especially for these communities. Here, I reflect on my own experience of homophobic violence within the institution of education to offer a more nuanced understanding of GBV.

As a feminist and LGBTI+ activist, I am always vocal about injustices as they occur in my own life. I wrote about one notable instance in a blog post titled “Queerness and Trauma in Postcolonial Education in Trinidad” (2020) for an online blog called Youth Circulations. It detailed my experience at the “all-boys” Catholic secondary school I attended that thought it necessary to have an intervention with me before I was allowed to further my A-Level studies on an account of social media “irresponsibility”. I had posted some photos online of my boyfriend at the time and was reprimanded and forced to bargain with my identity to continue accessing a fundamental human right. It was a blatant form of discrimination based on my sexual orientation. Back then, I felt I had no other option but to comply with their demands to remove the photos and I was coerced and shamed into a more “acceptable” gender performance. The post goes on to give context to Trinidad and Tobago’s history of colonialism, the connection between this and Judeo-Christianity, and how religion is weaponized to police gender and sexual identity. The central argument I presented is that religion and education serve here as a joint institution (in the form of denominational schools) for this type of policing and continue to reinforce gender norms and stereotypes.

My peers would have never been held up to the same scrutiny as me for posting photos of girlfriends. It may have even been expected of them since heterosexuality is predicated on the social categorization of “man”. At the end of all this, I was unable to pursue the subjects I initially applied to since preference was given to those who were already re-accepted into the school. Admittedly, this incident could have been something far worse and for many others, it is. However, giving this reflection is my way of showing that stereotypes and norms have a real impact, evidenced by how they thwarted my educational pursuits. This was an injustice and an act of violence. Not to mention, it also created an extremely isolating environment for me within the school while taking a toll on my mental well-being. A large body of research exists globally showing how gender stereotypes and norms are linked to discrimination in the form of homo/transphobia, and significantly increase negative outcomes for the health and well-being of queer and trans people. This, coupled with the fact that acts of violence directed at these communities go seemingly and overwhelmingly unrecognized is more than enough reason to view this hand of GBV as a crisis in urgent need of address.

A common thought I hear (often from men) is that the number of them who experience gender-based violence would be just as staggering as those directed at women. Whenever I hear this, I can’t help but wonder if sometimes this is coming from a personal intention to de-centre women and girls from discussions about violence. Regardless, I must make it abundantly clear that this is not my intention here. In fact, we can acknowledge women and girls while simultaneously acknowledging queer and trans folks when discussing gender-based violence, and that these groups are not mutually exclusive from each other.

If we cannot view this issue from outside of the gender binary, then our efforts to address it will be one-dimensional and to the detriment of many. This is why for 16 Days of Activism; I am urging world leaders to re-think strategies for ending the scourge of gender-based violence through an intersectional feminist lens. Gender mainstreaming cannot be fully effective if we continue to use the word gender here, or anywhere else, synonymously with women and girls. To create more inclusive institutions for education, we must transcend the binary and relinquish harmfully limiting notions of who should be so that persons of diverse genders and sexual identities have equal access to learning opportunities — free of discrimination and violence. 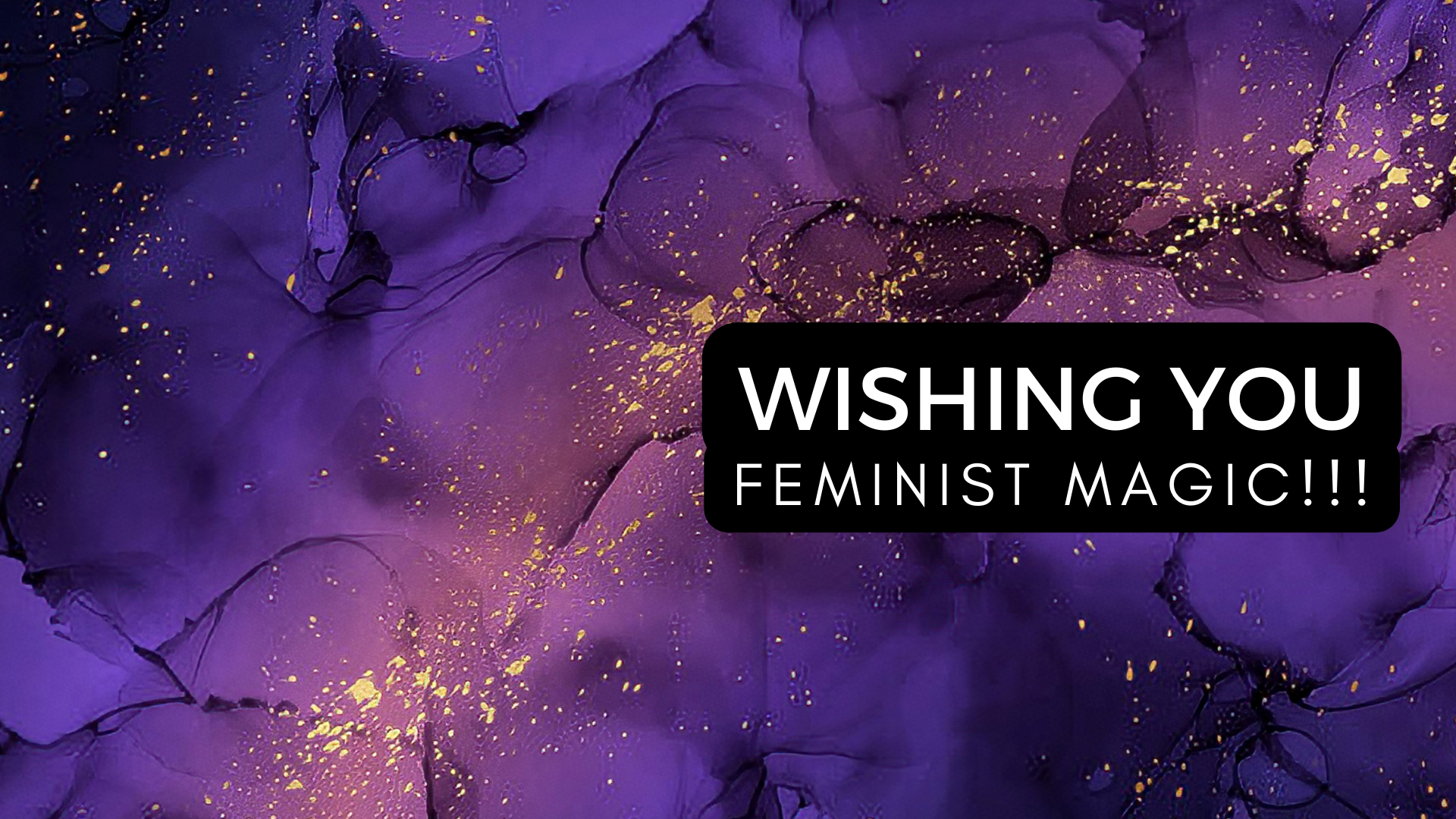 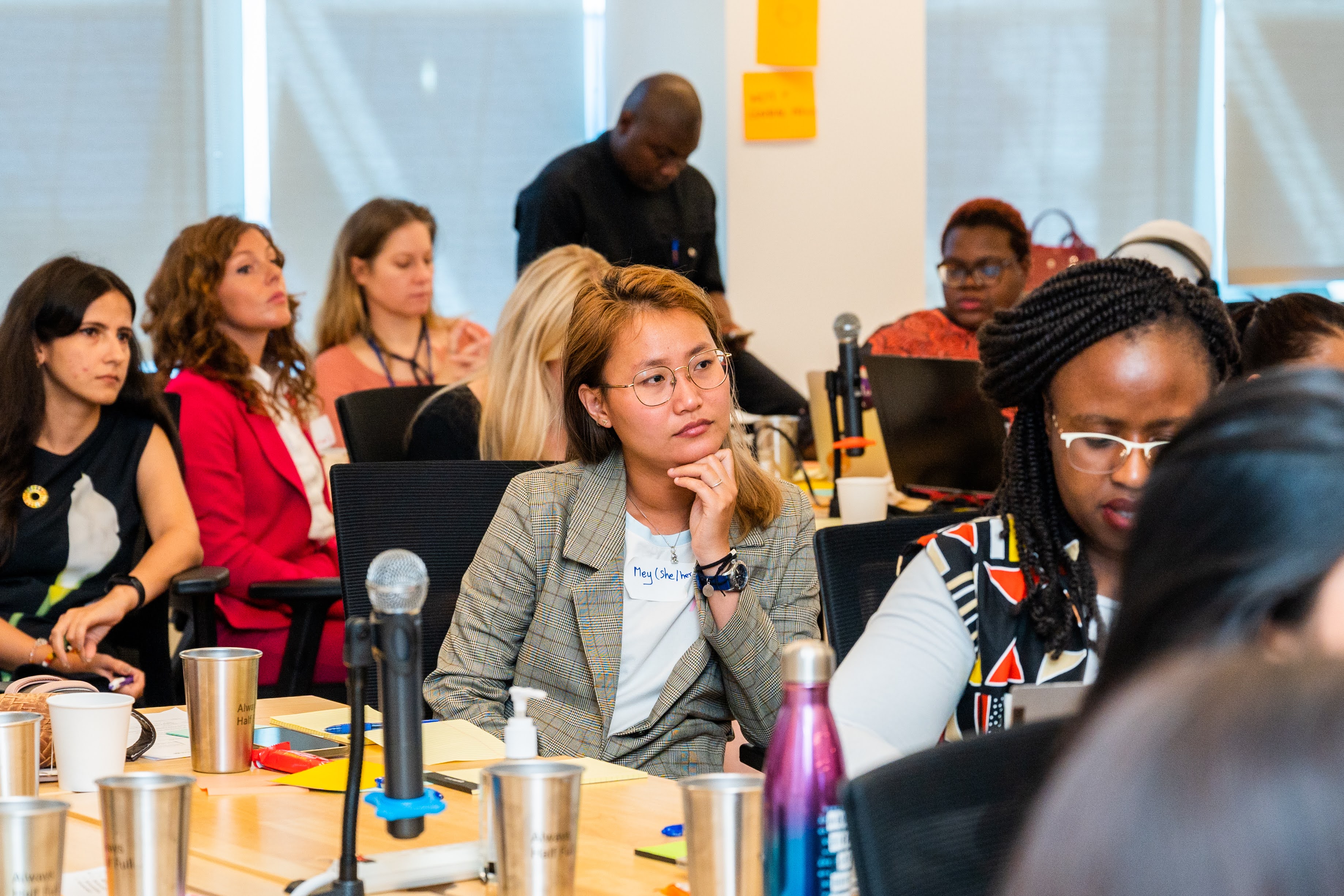 Feminists are Leading the Way for Girls’ Education

Put Gender at the Center