Nora Fyles steps down as UNGEI Head of Secretariat

At the end of this month, Nora Fyles will retire from the United Nations.

Nora has served as the Head of Secretariat for the UN Girls’ Education Initiative (UNGEI) since 2012. Prior to joining UNGEI, Nora was the Education Team Leader and Senior Education Advisor for the Canadian International Development Agency (CIDA). Through CIDA, she worked closely with UNGEI prior to becoming its Head of Secretariat, co-chairing the Global Advisory Committee (GAC) and heading its Monitoring and Evaluation Working Group. Nora also headed the GAC Task Team for collaboration between UNGEI and the Global Partnership for Education (GPE) at country level.

Nora has always been deeply committed to cross-sectoral collaboration and the power of partnership to create long-lasting change. During her time with CIDA, Nora served on the Steering Committee for the UNAIDS Inter-Agency Task Team on Education, calling for greater attention to the intersections on gender, health, education and protection.

Anyone who knows Nora, knows of her love for travel and adventure. Nora’s dedication to advancing education and gender equality has taken her across the world - she has lived and worked in Belize, Costa Rica, Vietnam and Indonesia. A longstanding women’s rights activist, Nora served as a senior policy analyst for the Status of Women Canada, before shifting to international development.

“Nora has indelibly shaped not just UNGEI but the global work on gender equality in and through education. We all owe Nora a great debt.” 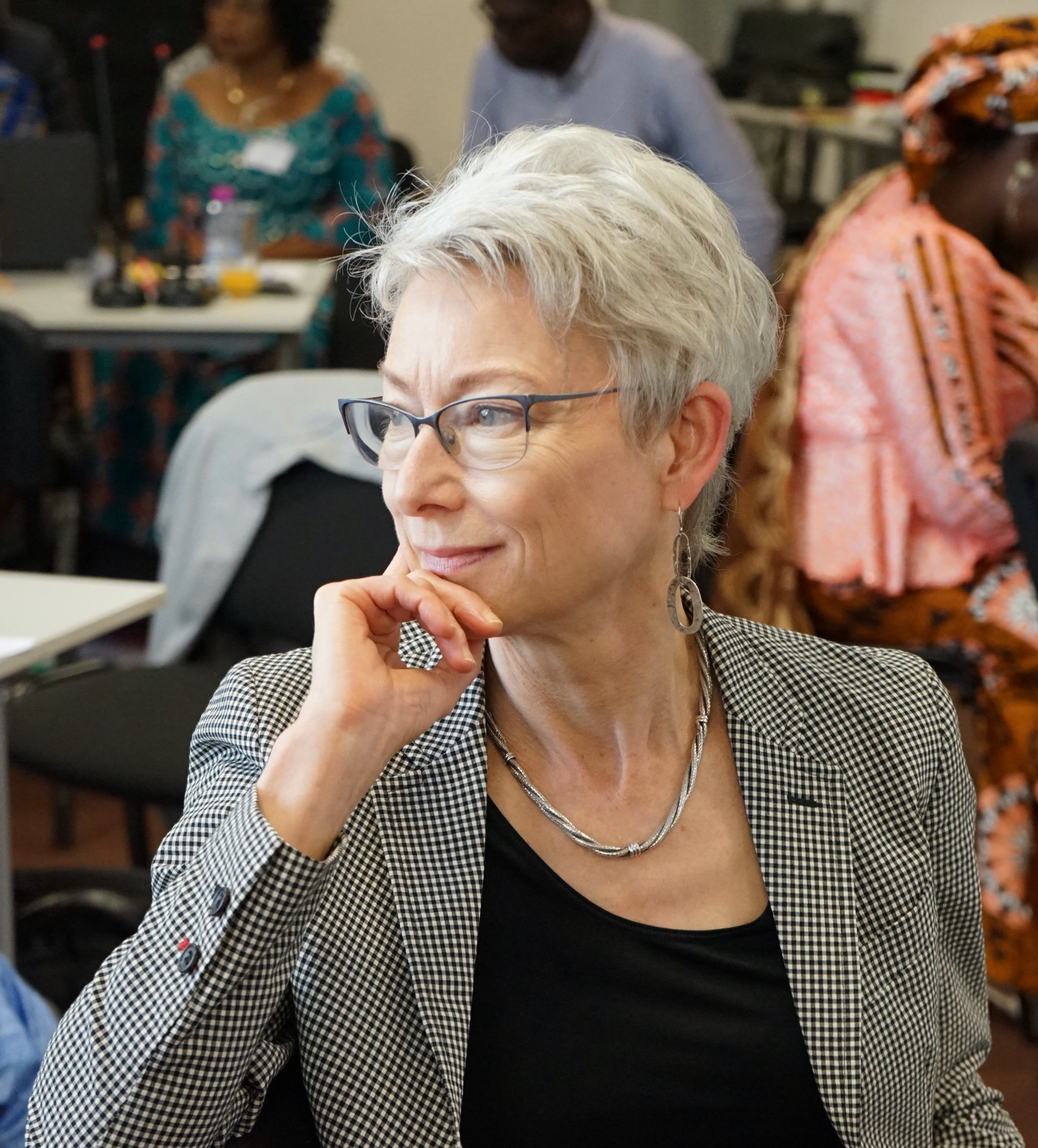 In 2020, UNGEI celebrated its 20th anniversary. The bringing together of activists, experts and leaders of different generations and areas of work - from climate justice, to technology and innovation, to feminist leadership - for this milestone celebration speaks volumes on Nora’s dedication to advancing the power of partnership.

Through Nora’s trademark unparalleled energy and commitment, the UNGEI partnership has been nurtured and strengthened, stepping into new spaces and collaborations. Since 2014, Nora has co-convened the Global Working Group to End School-Related Gender-Based Violence (SRGBV) with UNESCO. She has built partnerships with the Inter-agency Network for Education in Emergencies (INEE) and Education Cannot Wait (ECW) to bring greater attention to gender in education in emergencies.

Nora has provided resources and lent her technical brilliance to the Global Education Monitoring (GEM) Report to promote greater attention to issues of gender. The results of this can be seen in the annual GEM Gender Reports, which underpin so much thought leadership and understanding of the barriers to gender equality in and through education. A true feminist, Nora has demonstrated her commitment to shifting power, building UNGEI’s partnership with young activists and youth-led networks working to protect girls’ right to education around the world.

“Over the years, Nora has championed meaningful partnerships with young gender and education advocates in such a bold and authentic way. Under her strong leadership, UNGEI has been highly intentional about recognizing youth expertise and supporting young advocates to remain at the centre of critical conversations.”

One of her greatest achievements for the global work to advance gender equality in and through education, is spearheading the GRESP movement. Gender-responsive education-sector planning (GRESP) is about embedding gender equality - sustainably and irreversibly - into education sector plans, the foundation stone of education systems. Nora’s trailblazing work to advance GRESP will impact girls’ education for decades to come. Already, it forms the cornerstone of the G7-backed Gender at the Centre Initiative (GCI), which Nora has coordinated since its inception. “Nora has inspired so many of us to push for more feminist approaches in the education sector and demand gender transformation in and through education. She has built a collective that will carry forward her commitment and energy.”

Nora will be deeply missed by all who she has worked with. Her departure leaves a remarkable legacy behind, and opens up space for new leadership and opportunities to emerge. Nora has led her team with passion, respect and guidance - and UNGEI’s critical work will continue through their dedication and vision.

With the power of intergenerational partnership at the heart of everything we do, the UN Girls’ Education Initiative remains on its exciting trajectory into the future.